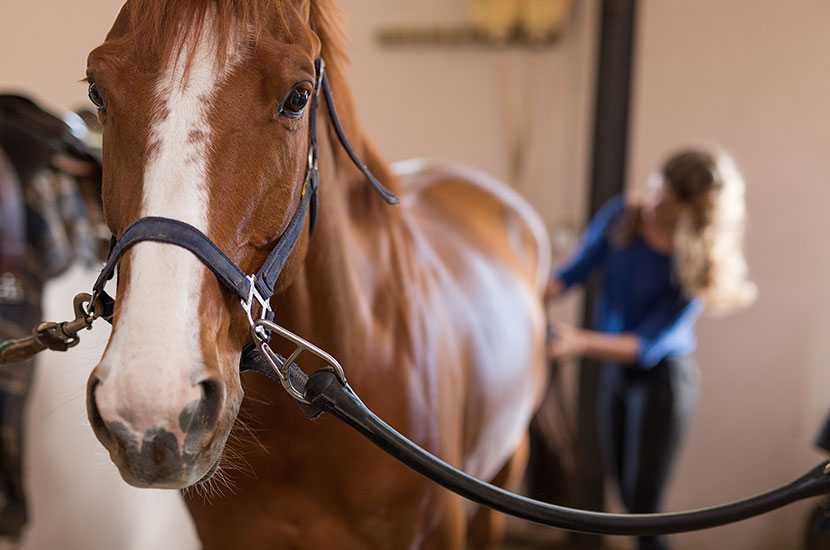 If you have some lameness issues or other factors (like it’s 115 degrees) where you can’t ride, it’s a great time to practice the ‘other’ stuff that you usually avoid because you want to ride.

Many people think it’s too boring to work on precision of movement on the ground (or mounted!). But the huge changes in how your horse responds to you and and understands and thus translates it to all your other ‘normal’ requests will quickly take the presumed boredom out of this operation.

People only really get crabby about this before they try it. After… it just hooks ya!

In the dark recesses of our minds, we KNOW the horse COULD stand still. But, it just isn’t happening and we want to get on. Obviously, tying a horse’s head doesn’t make his body stand still. You have to…

train him to stand still if that isn’t his idea already. It seems that people mistake having the horse remain in the same area because he’s tied is the same as standing still. It’s not! And are you thinking that Precious is going to wake up tomorrow morning saying to himself, “Gee, I’ve been pretty hard on Sally lately. Knocking her all over the place and frustrating the heck out of her. I think I’ll turn over a new leaf and just stand still while she tacks me up.” ???? Really????

Thing is, you need to teach the horse to stand still not tied to anything. You can’t correct the behavior while he’s tied. Your options are way too limited to have good results. You can’t move him where you need to and don’t have enough space to work.

This is a quick version, more later, and post your questions and comments. Of course, I think it’s a lot easier if you have a medium (not too soft, not too hard – it’s my “Being Goldilocks” syndrome) rope halter and a 12-14′ marine/yacht line.

Stand in front of horse with rope in hand about 5 feet from the clip and hand chest high, index finger up. Just as you would with a person that you wanted to signal to stop/stand. When horse starts to shift (if you’re good enough) wiggle your finger to suggest that you’d like the shift to stop. If horse moved a hoof, depending on which direction, without moving where your hand is on the rope, indicated by wiggling for back up, or move hand left or right (you can change hands if needed) but don’t grab the rope closer and shove the horse’s head back where you want it. Either swing your rope tail or use a stick of some sort to indicate that you’d like horse to move his body back to the same spot he was originally in. Do not move your feet (unless you’re in danger and then you want to put that on your list of getting big enough with your energy and body – chest out – that horse doesn’t shove you and make you move.) If horse backs up, close your hand on the rope and stand still until he comes forward. Of course, you may have to move and adjust if horse yanks you all over tarnation, but if so, you need to really get going with this part of your training. As if horse yanks you all over, you don’t have his respect and other aspects of this will surely out while riding.

Basically that’s it! Now, you will have to be consistent with it, because horse is going to assume that you will not be and challenge it. So, you have to practice it A LOT at first and then correct every time he decides to see if you’re on your game today.