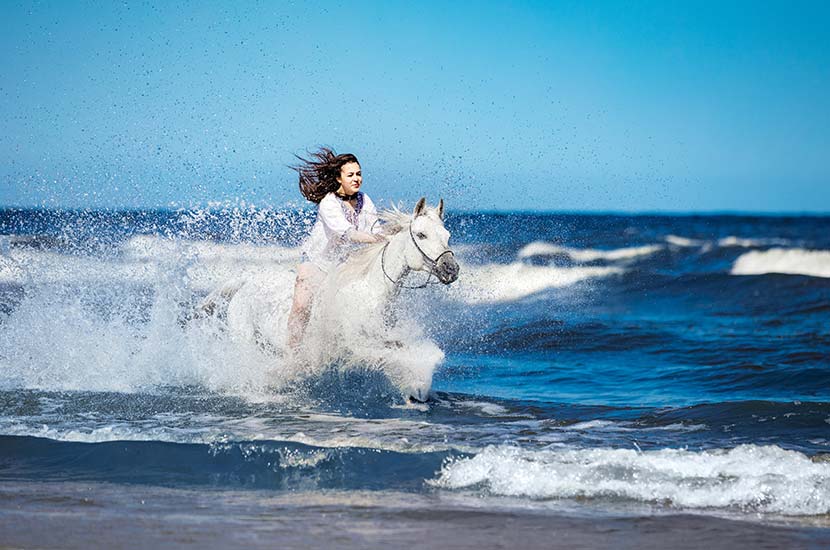 Is it just me? I don’t get why people worry about riding their horse when it’s windy out. Have you ever seen a horse out in the pasture have a fit because the wind kicked up? Maybe you’ve seen them get frisky and feeling good and taking off, but they do that at other times, too. But panic and throw a fit? Because of the wind?

Maybe something blows over or a piece of litter blows by. But, #$%&* happens, particularly at horse shows where there’s all sorts of ‘stuff’ and the best way to be prepared and NOT have your horse respond in a manner you don’t want, is to prepare for it. What if you were in the middle of a class at a show and the wind started to blow. You’d leave the arena? Stop and burst into tears? Throw a fit? If you’re horse didn’t trot, you’d practice, right? If you’re horse didn’t canter/lope you’d work on it, true or true? So if you’re scared to be on your horse in the wind… Practice.

In the pasture/wild, a horse will more than likely turn it’s tail to the wind and put it’s head down. OOOOooo… scary!

So the next time the wind kicks up, go get on your horse and practice riding in the wind so you have the confidence to Ride Like the Wind.